Once we had both come to the point in deciding that we should consider becoming missionaries, we first sought our confirmation from those that knew us best. Rachel went to talk to the elder’s wife whom she affectionately calls “her Naomi”. This family is one that has shown us the true extent as to what unending love can mean. They have 15 kids, three of which are biological. They have adopted and loved for so many children through the years that there must be a special place in heaven for people like them. He is about to retire in the next couple of years and their youngest are in the midst of middle school!

What happened at this meeting was about as affirming as you can get. Rachel and – let’s just call her Naomi – sat down in the study one day while she was over. This was incredibly odd as we hardly ever sat in this room. It must have been the seriousness in Rachel’s voice when she told Naomi that she had something she needed to talk to her about that triggered the more private setting. However, once the obligatory chit chat had been taken care of, Rachel told Naomi that we were seriously considering quitting our jobs to become full time missionaries to somewhere in Latin America. Several things happened almost simultaneously at this point. Naomi jumped to her feet, embraced Rachel, started crying, and told her that this what God meant for her to do with her life.

Further validation came shortly thereafter when we told the eldership in Michigan of our ambitions, and they told us that it only made too much sense. We had come into the congregation seeking ways to get involved and to teach. It would only seem right that this is how we would ever want to leave it. From that point on, we felt as though we knew we could do this if we really wanted to in spite of how crazy the idea may seem.

It was only short few moments after we had decided to completely alter our lives to become missionaries when we realized that we had absolutely no idea how to accomplish that. Could it be as simple as grabbing your bible and moving to an unknown world to read scripture to them? Something about that methodology seemed lacking.

Luckily, we are not the first to have ever embarked on this path. We would turn to what would end up as our future teammates for advice on how to get started. They outlined for us many things. How to make funding materials for potential sponsors, how to develop a budget, what places are best to target for locating to, and perhaps most importantly how to prepare for entering the mission field.

In fact, as Mitchel spoke to many other former missionaries he had know through the years from Brazil or Peru, the number one piece of advice was always, “Go find some training prior to departing.” We have been told that the average length of stay for a new missionary is less than a year now. So many are entering the field only to return shortly later to the States for one reason or another. Many studies seem to be backing it up.

Why do Missionary Care? by Dorris Schulz, Director for Missionary Care with Missions Resource Network.  “International business understands the importance of pre-departure training. In 1985 data suggested that somewhere between 20 and 50 percent of international relocations ended with premature return. In developing countries the failure rate was as high as 70 percent. Since 1985 pre-departure training of executives has increased considerably, reducing attrition rates. ”

“Get on the Bus”: How do Missionaries and Other Expats Make International Transitions? by Dale Hawley, Associate Director for Missionary Care at Missions Resource Network. “Come prepared. An international move is a major undertaking… [Missionaries] are not simply doing their job in a foreign location; they are immersing themselves in the culture in order to influence it. This calls for a different level of preparation. No amount of planning fully prepares someone for moving to a mission field, but training in cross cultural missions, learning as much as possible about the specific culture to which you are moving, and, to the degree possible, language preparation are all important factors contributing to an easier transition.”

One of the things we both fully agreed on was that if we were to do this, we wanted to be in it for the long haul. We did not want to put in so much work into an effort only to have it fail in less than a year. We wanted to make sure that to whatever extent we were able that we were prepared to move to our new home and profession.

The original church plant team that went to Cusco in 2009 utilized an organization named The Continent of Great Cities to facilitate their evaluation and training. The same group had been able to structure a program when the second wave of missionaries moved to Cusco in 2014. They suggested that we seek their guidance on how to prepare ourselves for this transition.

Training can really be thought of as two unique separate sections. The first is the “evaluation” phase. This involves filling out an insanely long application (seriously one of the questions was an open free form of “Describe your spiritual auto-biography”) that took us 6 hours to complete, background checks via personal references, multiple personality profile tests, and a several day session with a clinical psychologist to see if we have the profiles, temperament, and character to be successful in the field. It may sound obvious, but the smallest things of making sure that potential missionaries are active already in the church, have good strong marriages, aren’t volatile, can easily adapt to change, and are willing to lay everything down for God often aren’t ever considered prior to sending off teams. The Evaluation Stage is meant to avert any potential land mines that could produce self inflicted wounds to a team once they relocate.

The second portion of our work with Great Cities was in what you could label as traditional “training”. This a more formal classroom setting in which missionaries learn about the history of the church in their target country, how to evangelize, the importance of discipleship, how to handle team dynamics and let each member play to their strengths, how to overcome conflict within a team, language training, what is culture shock and how to deal with it, and many other important topics.

Normally, Great Cities trains teams that are forming first time church plants into a new target city. It is odd for them to do training for a second wave. We were the very first group to ever be trained by them as a third wave. Inasmuch our training had to be modified to accommodate what would be appropriate. 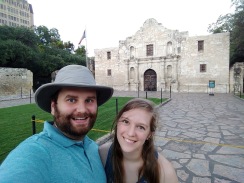 We were fortunate to be invited to join in portions of training with another group that is also preparing to depart to the mission field: the Sao Luis Team. The Dye, Gibbins, and Hill families from San Antonio, Texas, are heading to Sao Luis, Brazil to establish a Church there. They were in the beginning stages of their 3 month training with Great Cities Missions before moving internationally in December 2017, and were gracious enough to allow us to join in on a few of their classes! As we spent time with this team, we began to call them friends! We are prayerful that their efforts to move to Brazil are realized and are successful! Their website is above, if you would like to keep up with what God is doing in Brazil! 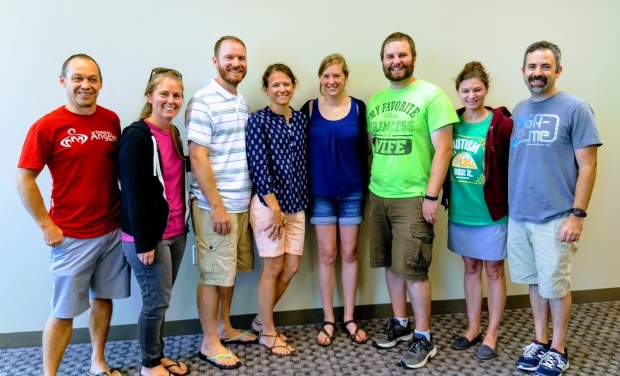 There were two major sections to our time in San Antonio. The first was a seminar course called “Crucial Conversations”. This is a lesson series that one of the members at Northside church of Christ in San Antonio puts on for real world organizations for a living. The idea behind it is how do you encourage dialogue that is healthy when two parties have a strong difference of opinions, emotions are strong, and stakes are equally as high. During this course we got to learn and practice techniques to help others feel safe in communicating with us even if these situations are present.

The second portion of our training revolved much around cultural awareness and the culture shock to expect when you transition into a completely new environment. The stages of going from being settled and involved somewhere, to departing, to chaos, to re-settling, and finally to gaining some balance of being re-settled. Former missionaries told us how you will find yourself bouncing between each of the stages many times over during your first year of moving. We also learned what some of the typical cultural customs acted as agitators on Americans that moved into the culture. Through all of it though, we were given hope that as long as you prayed and persevered through the difficult stages of adjustment, you will come out better for it in the end.

Training with the Sao Luis Team

With Ron and Georgia Freidas

And that is where we are with our training at the moment. This Monday (August 7th), we bridge into a whole new realm of training. We start eight weeks of language immersion school here in Lima, Peru to jump start our ability to communicate with the locals. From there we will move to Cusco where we will continue private Spanish lessons for many more months to come. We will also have the opportunity to have Great Cities come down and facilitate some team based training with all the missionary couples working in Cusco.

It’s been a long journey to get to this point. I daresay we are far from finished, but the one thing we want everyone to know is that we are doing everything we can to make sure that the work in Cusco is not hindered in any way by us. We want this to be a long partnership with our supporters that doesn’t fail for any number of petty reasons Satan is sure to throw our way. Our chief desire is to get out the way and to let God work through us. We don’t want anyone to ever look at us and say, “See all the wonderful things Mitchel and Rachel did.” We only want them to see all of the wonderful things that Jesus did in our lives.

In Him,
Mitchel and Rachel Routh

One thought on “Formal Training for Missionaries”